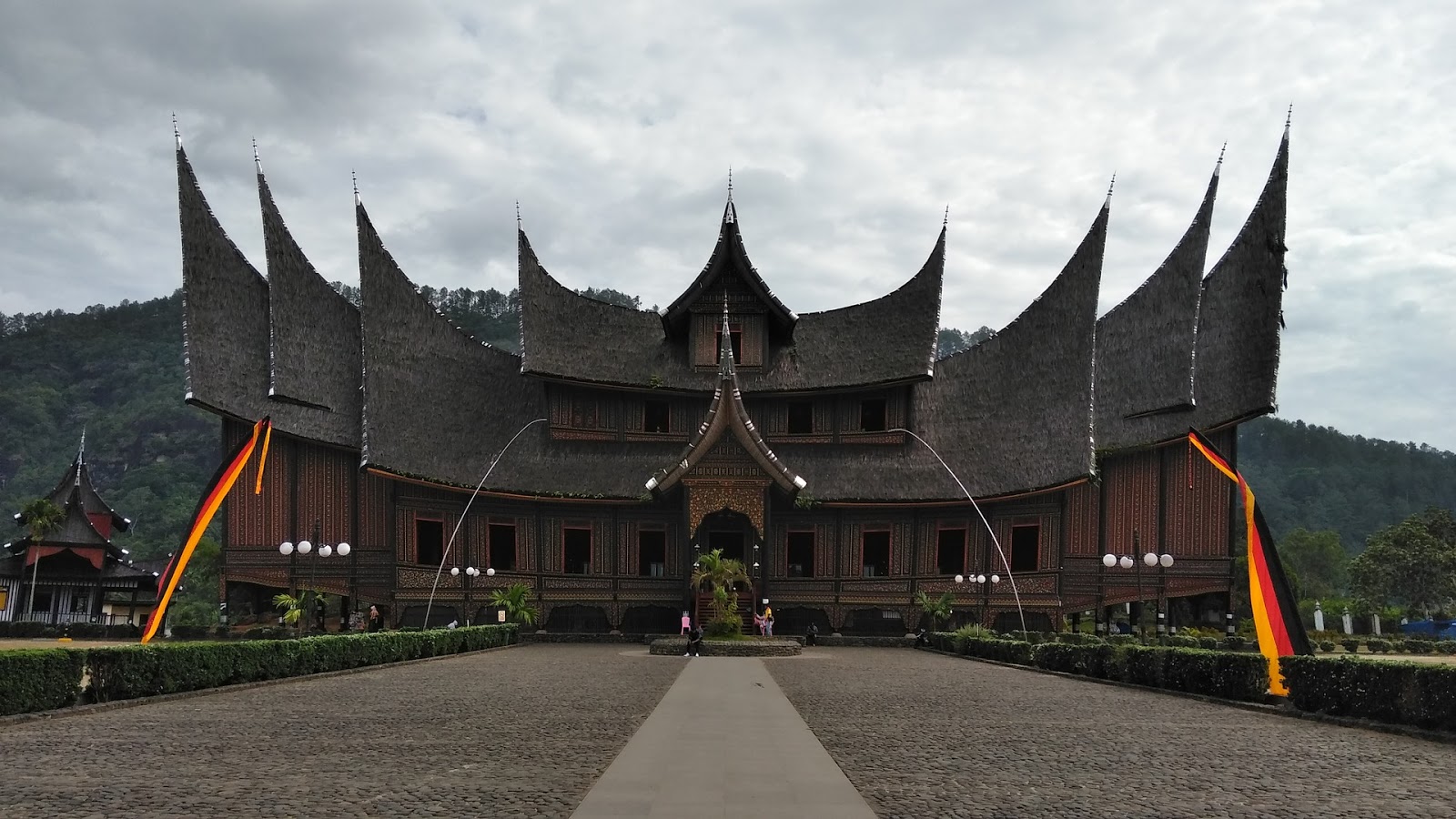 The Origin
of the Minangkabau
The
Minangkabau are descended from Iskandar Zulkarnain who lived around the 4th
century BC. While the ancestors of the Minang tribe are Maharaja Diraja
(Brother Maharaja Alif) from the Roman country and Maharaja Dipang from China.
Minang
people are known as immigrants just like Jews. The difference is that they
migrate to study and at the same time make a living, not to colonize or control
their new place.
Minang
people settle in West Sumatra Province which is spread in the Bukit Barisan
area, which is the mountains that extend along Sumatra Island. Based on 2015
census data, the number of Minang ethnic groups ranges from 4.2 million with
half of them overseas.
Like other
tribes, the Minangkabau has some characteristics that only they have. What are
the characteristics of the Minang community? Following complete information:
1. Having a
Variety of Arts
The Minang
people have a lot of arts ranging from martial arts, dances to the art of
words. Uniquely, the art of words is taught for the purpose of maintaining
honor or dignity. So no need to use weapons or make physical contact.
2. Devout
Muslims
The Minang
community is indeed known as a very religious society. No wonder if there is a
saying that ‘in every inch of land Minang there will always be the sound of the
call to prayer’. Whichever way you look, it’s almost certain that you will
always see the dome of the mosque.
At least a
mosque with typical Minang architecture. In fact, if someone comes out of Islam
then that person will be ostracized and even no longer considered a Minangkabau
family. For traditional ceremonies are also loaded with Islamic values ​​such as in wedding ceremonies, Eid al-Fitr, and
so forth.
3. Having a
Foreign Soul
The
Minangkabau community is known as an eminent and independent migrant. Whether
it’s going abroad to study or to work. But on average they go to try their luck
in big cities like Jakarta, Palembang, Medan, Aceh, Batam and so on. In fact,
not a few also go abroad to neighboring countries such as Malaysia and
Singapore.
The culture
of wandering is also the impact of the matrilineal system adopted. So most of
the men who have grown up will go abroad to make money. Even minang men who go
abroad are forbidden to go home before success.
No wonder so
many Minang people migrate in big cities and become entrepreneurs. For example,
by opening a Padang cuisine restaurant.
4. Strong
Brotherhood Strap
Aside from
being famous as an immigrant, the Minangkabau community also has a very strong
brotherhood system. So, when they wander and meet somewhere they will consider
meeting their own relatives.
That is
because the kinship of the Minangkabau people is very strong. So even though
they are not blood brothers they will still be ancestral brothers and sisters. 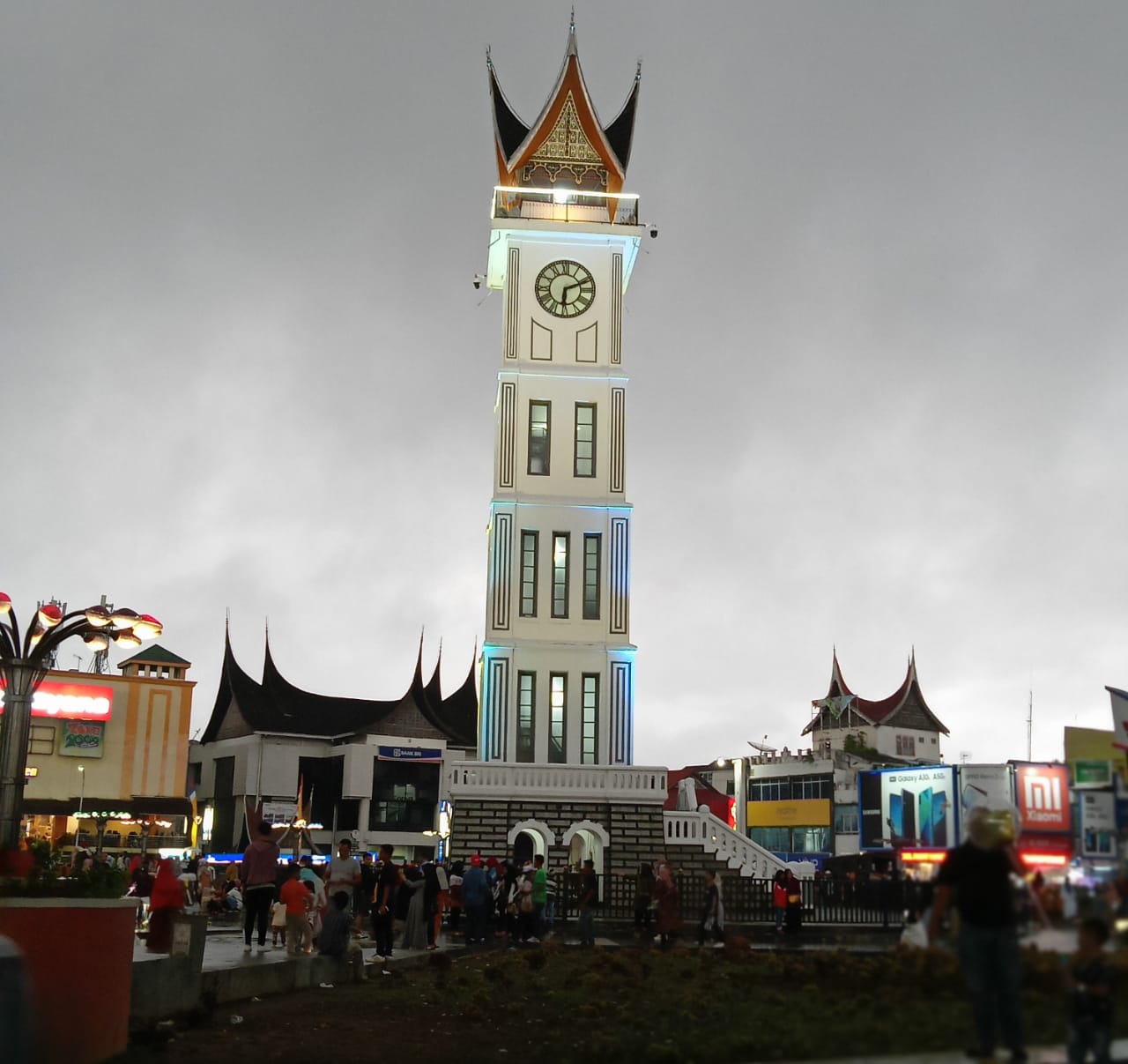 Bukittinggi icon images from tribunblog.my.id
5. Very
Egalitarian and Democratic
Minang
society is an egalitarian and democratic society. Thus, all issues concerning
the community as a whole must be obliged to be deliberated in order to get
consensus.
In addition,
the Minangkabau people are also known to be very egalitarian so that they are
not awkward when dealing with other tribes or nations, so they are very
confident in any condition.
6. Adheres
to the Matrilineal System
Another
uniqueness of the Minangkabau tribe is that it adheres to the matrilineal
system where the mother line is more dominant with the maternal line system.
Interestingly, the only tribe in Indonesia that adheres to the matrilineal
system is the Minangkabau.
Thus, in the
inheritance distribution system, women will receive more shares than men. The
positive is, if one day a man leaves his woman, then the woman is not
vulnerable or dependent on him.
7. Using the
Minangkabau Language
Minangkabau
tribe has a special language that is used in everyday life called the
Minangkabau Language. The dialect or dialect is similar to Malay. Even so, some
say that Minang language is an independent language and not an absorption of
Malay language. The language is quite complicated but it is not difficult for
people to learn from outside Minang.
8. Unique
Marriage Customs
Basically,
the customary marriage of the Minang community is loaded with Islamic law. The
main requirement before marriage is that the bride and groom must be Muslim.
Second, the bride and groom are not from the same tribe. Third, the bride and
groom must respect each other’s extended family. Last is the prospective
husband must have an income.
For the
marriage tradition itself, there are several stages that must be fulfilled,
such as the mamisek stage, bainai night, maminang, marriage ceremony
procession, and so forth.
9. Special
Ceremony of Death
In addition
to the tradition of marriage, the Minangkabau community also has a special
ceremony that is held when there is a death. For the ceremonies of death are
also inseparable from the Islamic sharia and customs adhered to. Like, Basilik
Sakik, Pali Beans, Cabiek When, recite at the funeral home for three days,
commemorate the seventh day, and so forth.
So here are
the things you can know about the Minangkabau that are in Indonesia. Indonesia
is inseparable from historical values, one of the proofs of historical value is
the existence of tribes and cultures in Indonesia. We as the next generation of
the nation are obliged to protect it.
Read More